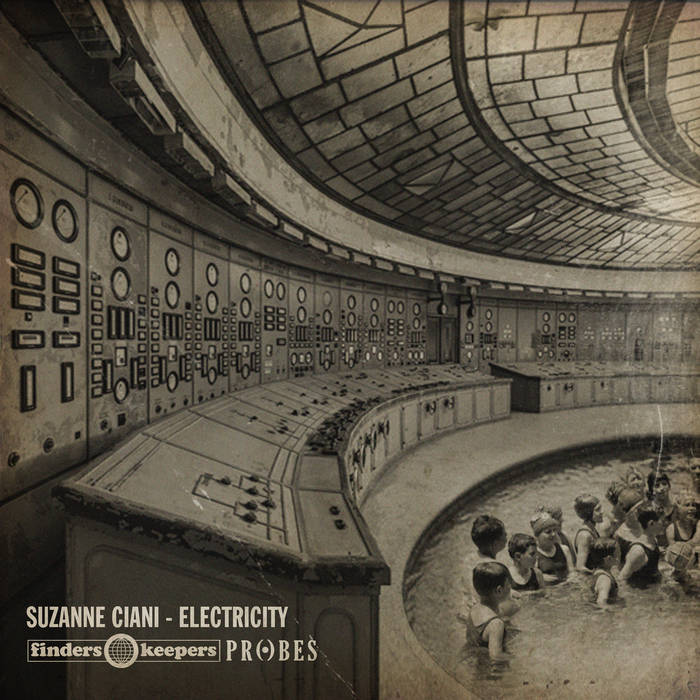 Katja Ruge / Can Love Be Synth

As the label swiftly approaches it 100th official release Finders Keepers Records has decided to give some of their faithful friends, cohorts and collaborators an access all areas pass to the wider Finders Keepers family's expansive sonic vault in this regular custom compiled, thematic, downloadable series aiming to give listeners, old and new, a deeper probe into the FK psyche.

Following our inaugural Hallowe'en themed compilation by Demdike Stare's Sean Canty Finders Keepers has called upon another long standing pillar of our crossed-wire community while also quenching the labels penchant for casual hero worship in the process. In tandem with the first-ever release of her Help, Help, The Globolinks! LP - an electronic soundtrack for an operatic, ecological, scholastic, science fiction theatre production for children of all ages - Probes calls upon the curatorial services of none other than Suzanne Ciani. An electronic music composer of monarchial stature, Suzanne isn't the type of trophy cabinet pioneer that's afraid to get her hands dirty with a 120V CV that starts with a soldering iron and ends with synthesist symphonies. Never one to evade adventure or creative challenge (Finders Keepers have seen this woman bury herself in a pile of autumn leaves in the middle of a Polish community playground 10 minutes before a sell-out show!) Suzanne jumped straight in at the deep end of Finders Keepers online discography to compile her own thematic selection of electronic compositions ranging from early pioneers to contemporary activists for this edition of our ongoing Probes series.

In sequencing these ten tracks Suzanne has taken the same approach she would apply to her own compositions embodying those all-important musical "waves" that allow her music to flow with a sensitivity that is often historically overlooked in electronic composition. Starting with music by her own good friend and electronic pioneer Max Mathews with one of the earliest computer music recordings Suzanne sets the tone for a vivid journey concentrating of the vibrant and humorous facets of mechanical music, via soundtracks, proto-new age soundscapes, pioneering ballet composition and European production music without once getting bogged down in the academic or pretentious trait that can often restrict the medium. Naturally intertwined within this sequence Suzanne also pay tribute to her own roots as an Italian female composer working behind the scenes with a once maligned musical medium.

On this edition of Probes we hear Italian females composers Daniella Casa, Giulia “Kema” De Mutiis and Maria-Teresa Luciani all of whom contributed greatly to the evolution of European electronic music without gaining public recognition for almost five decades after there master tapes left the studio. Not only does this compilation celebrate a keen ongoing mutual admiration between the composer and her label but it is perfect introduction to Finders Keepers extensive library of music viewed (and heard) from a unique creative perspective tightly bound by Suzanne's unwaning progressive personality. Probes leaves no stone unturned as we explore the most unlikely corners of the Finders Keepers warren, And Suzanne Ciani's Electricity edition further plots the journey as Finders Keepers and friends enthusiastically plan to continue.